Bifrost launches on Kusama-based Karura Swap with 200,000 BNC in rewards

The founder of Adamant Capital, a Bitcoin Alpha fund, who is widely known for forecasting Bitcoin price trends, anticipates a 100-day-long greed period, during which the investor rush could again drive the price up.

According to the model Demeester used for his forecast, which is based on historical patterns, while taking human psychology into account, the market sentiment that entered a cooling-off period in September is likely to turn very soon.

If greed returns to dominate, rising the investor confidence in the coming months, the price of Bitcoin could increase morefold.

“When a high percentage of Bitcoin’s market cap consists of unrealized profits, it can be interpreted that investors are greedy. The ratio drops as prices decline and investors likely become more fearful. When the unrealized gains turn into unrealized losses, we enter the phase of capitulation and apathy,” according to model developers.

While using data provided by the Bitcoin blockchain, the model Demeester applied for his prediction was created for exploring the behavior of Bitcoin savers.

The model was built with Bitcoin’s primary use case as a store of value in mind, and its utility as means of payment as only secondary.

Further, the methodology behind measuring changes in saving behavior largely relies on “taking the Output Quantities of a block, and combining it with the Recorded Time of that block.”

While collecting “data that places each circulating quantity of Bitcoin in its historical context,” the model developers introduced “Relative Unrealized Profit/Loss Ratio” for measuring changes in Bitcoin saving behavior.

By valuing each coin at the time it last moved and aggregating these values, the model first generates “Realized Capitalization.”

“Unrealized Profit/Loss (P&L)” is calculated in the second step, by subtracting the Realized Cap from the Market Cap.

“The measure of Unrealized P&L estimates the total dollar amount of paper profits/losses in Bitcoin, but it does not clearly filter out the relative change that accompanies it,” according to the model developers, who clarified why unrealized P&L needs to be divided by market cap, in order to arrive at the “Relative Unrealized P&L,” which can, finally, be interpreted as an investor sentiment indicator. 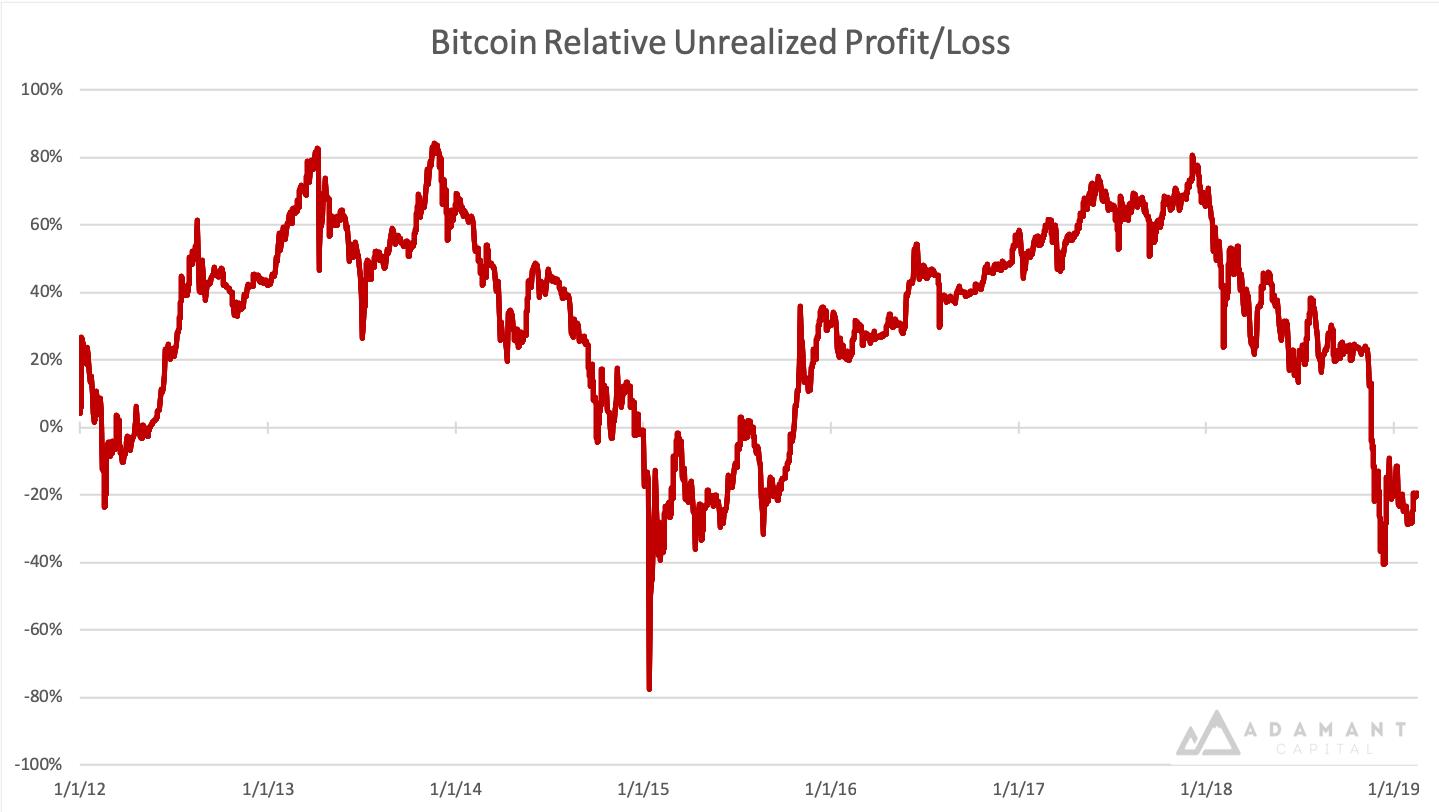 Meanwhile, the popular Fear and Greed Index for Bitcoin, a collective metric that estimates the current sentiment on the crypto market, suggests that the good old greed has already kicked in.

The index reflects daily emotions and sentiments for Bitcoin, which are gathered and analyzed from different sources that, amongst others, include current market volatility, volume, momentum, and social media behavior.

Bitcoin’s price is pumping and it recently crossed $52,000, but there is still 33% left to go before it revisits its all-time high (ATH).

Get an edge on the cryptoasset market

Access more crypto insights and context in every article as a paid member of CryptoSlate Edge.

Why a 6-month-high Bitcoin open interest could...